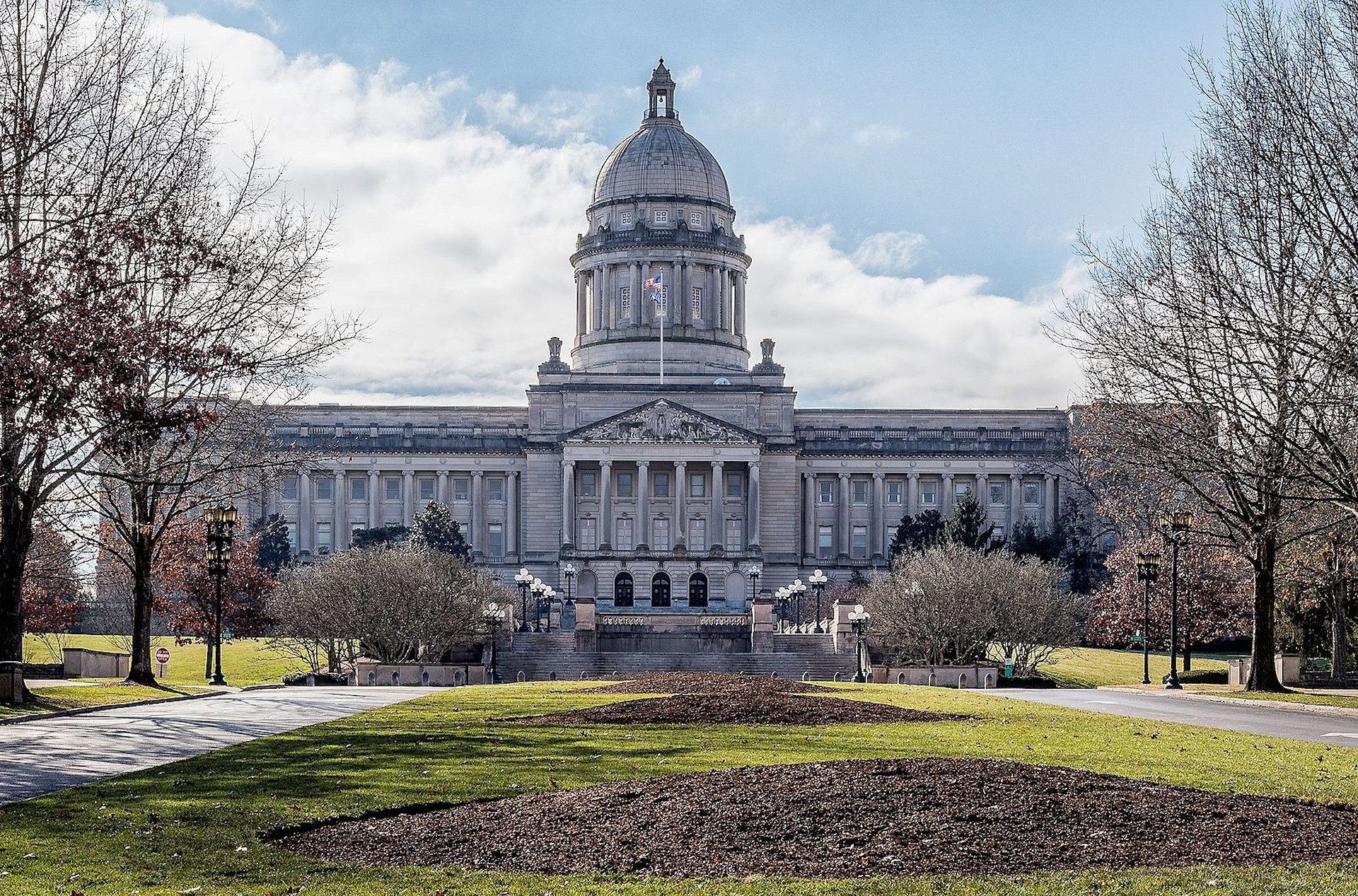 Kentucky’s Capitol is the fourth permanent building since statehood in 1792.  It was built to replace the earlier 1830 capitol, still standing in downtown Frankfort, which had become inadequate to accommodate the growing state government.  A long and bitter quarrel among Louisville, Lexington and Frankfort over which city should be Kentucky’s Capital finally ended in 1904, when the legislature voted to spend one million dollars for a new capitol to replace the 1830 capitol on the old public square in downtown Frankfort.  The architect’s design was far too immense for the square, so the present site in south Frankfort was chosen instead.