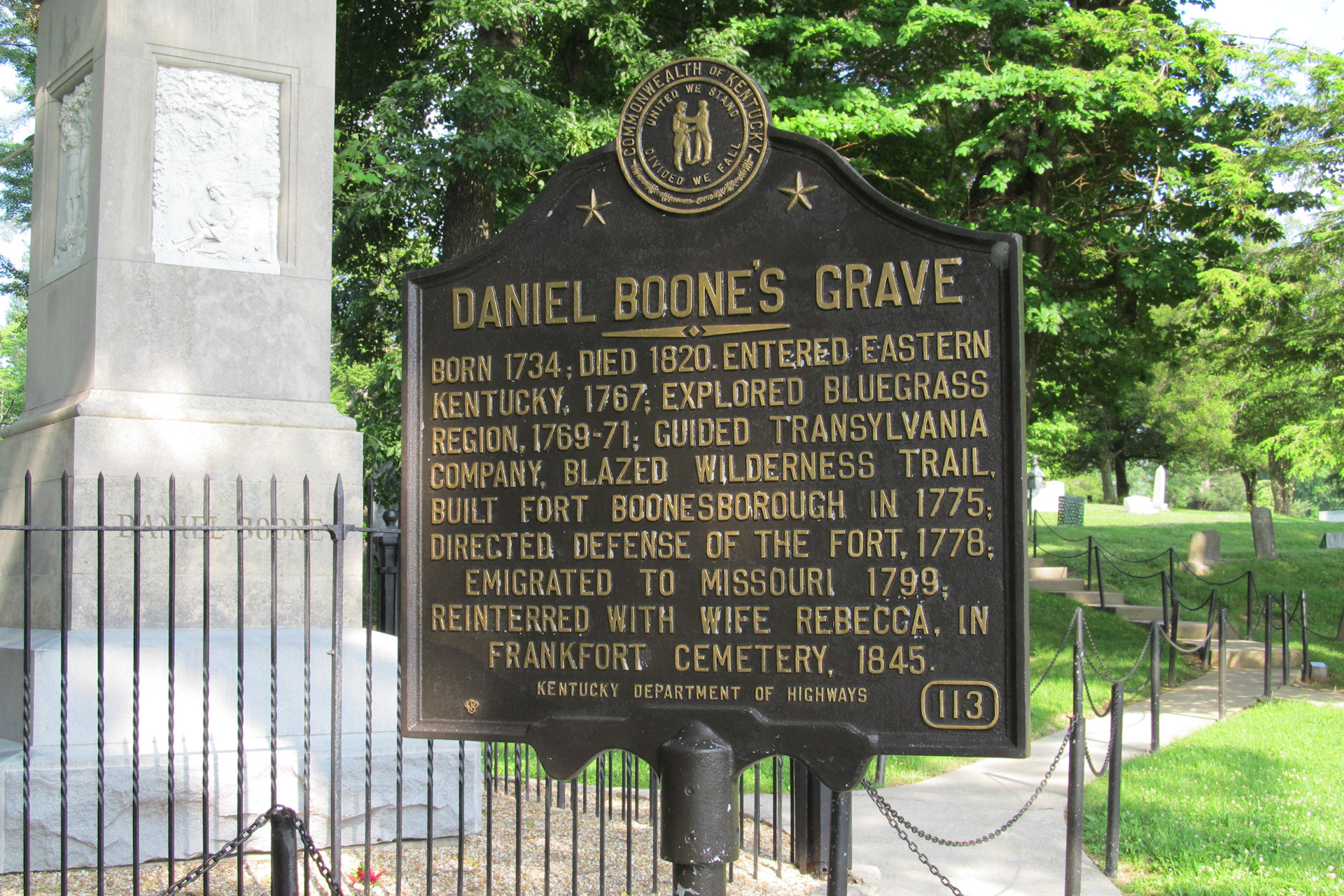 Frankfort Cemetery began in the early 1840s and was the second incorporated Memorial park in the country. It overlooks the city of Frankfort and the Kentucky River. Daniel and Rebecca Boone were the first to be laid to rest in the cemetery. Previously buried near their final home in Missouri they were moved here with great ceremony in September 1845. Since that time thousands of Frankfort’s citizens have joined them including many famous Kentuckians – from  Governors and soldiers, statesmen and business owners. The cemetery still has many available plots and is used on a daily basis.